all these packages are valid till 2023 you can book with us and get cheap deals on Gulmarg Packages. all packages are start from Srinagar to Gulmarg 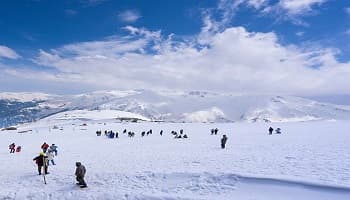 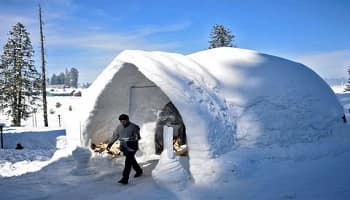 Tour Days: 4 Night | 5 Days | Package Price: 11,400 Rs to 12,500 Rs
Destinations: Srinagar | Gulmarg | Tangmarg | Pahalgam
Its a 4 Night & 5 Days Gulmarg Group Package For Those who want to visit Gulmarg with Group and In This Tour Package you will explore Srinagar Gulmarg Pahalgam
Want To Know More About This Tour Send Your Details
Pay 20% Advance Only & Book This Tour 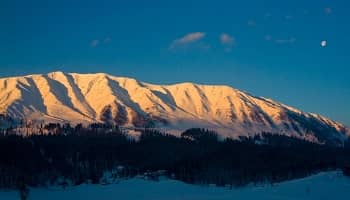 We are Going to Share Gulmarg Group Tour Package Details So That you will know about this tour package and make the best tour plan.

On day one our company diver will pick up you at Srinagar airport with your Group and transfer to Houseboat in Dal Lake, This day you will explore the Whole Srinagar like Mughal Gardens & Dal Lake take night stay in Houseboat Srinagar This Day

Day two after completing your breakfast diver will transfer you to Sonmarg Valley for a Day’s trip only Sonmarg is almost 87 km from Srinagar, In Sonmarg you will explore the best travel attractions such as INDUS rIVER Thajiwas Glacier etc. in the evening come back to Srinagar for Night stay

Day third company will transfer you to Gulmarg from Srinagar its 65km from Srinagar located in the district Baramullah North Kashmir. on the way, you will explore Tangmarg, etc. Take Night stay in Gulmarg Hotel This Day

Gulmarg In Kashmir
HomeIndia TourismKashmir TourismPlaces To Visit In KashmirGulmarg
Gulmarg
Gulmarg is a town settled in the Pir Panjal scope of the Western Himalayas at an elevation of 8,690 feet above ocean level. In a real sense deciphered as ‘Knoll of Flowers’ it is encased by gleaming snow crested alps, verdant green fields, brilliant glades, profound valleys and pine covered slants.

A beautiful stunner, it is known for its ski resort which was laid out in 1927, the Gulmarg Gondola – Asia’s second longest trolley ride and the most noteworthy fairway on the planet at a raised elevation of 2,650 meters. Gulmarg is an outright enjoyment for nature sweethearts and experience searchers. Called the ‘heartland of winter sports’, it offers a plenty of exercises, for example, skiing, snowboarding, horse riding, heli-skiing, snow bike, sledding, and so on and touring choices. The best season to visit Gulmarg is from October to June as it is the ideal objective particularly during winters when the snow covered scene changes into the head objective for winter sports in India.

With moving green knolls covered by shrubs of wild blossoms mixing into snow-clad mountains, whose pinnacles peep high up, and mountain streams surging by, Gulmarg is sheer verse in nature. While this is the late spring scene of this little villa in Jammu and Kashmir, in winter, it is changed into a white wonderland, with skiers putting a straight shot for its on the map slants. The beautiful valley of Gulmarg is a little piece of heaven covered by the powerful snow-clad piles of the Pir Panjal range. Emerald green glades, profound gorges and pine-forested slopes make this knoll of blossoms (the importance of Gulmarg) an ethereal sight that has propelled writers and craftsmen for a really long time.